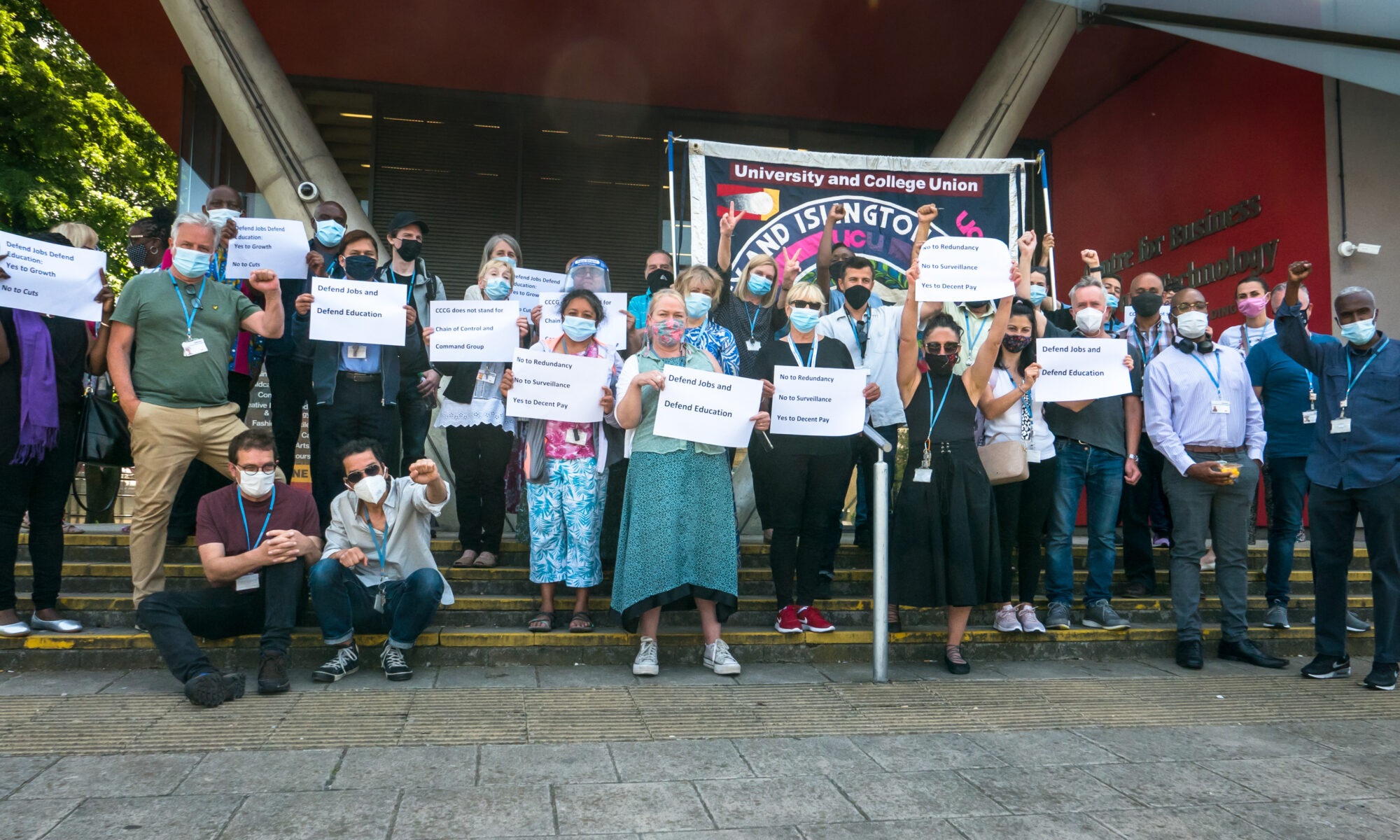 15 Further Education colleges have been balloting their members over pay and conditions – all have successfully smashed through the government thresholds and voted overwhelmingly to take strike action in the Autumn term.

The majority of the branches were balloted over pay. Despite warm words from government about the role the sector played during the public health crisis and the vital role it will play in re-building society post-pandemic, the employer’s body – the AoC – awarded staff an insulting 1% pay rise. In real terms pay in the sector has been cut by 30% in the last decade.

The government’s narrow skills-based vision for FE revealed in their recent White Paper will prevent the sector from responding to the challenges presented by mass unemployment. The government’s refusal to provide extra funding for a sector that has historically been underfunded seriously limits the ability of colleges to deliver for students and staff. Combined with the continued attempt to abolish BTEC qualifications, despite grave concerns from all in the sector about the impact this will have on the most disadvantaged students, is just another example of the failure of the government to listen to teachers. The government talk about levelling up but scrapping BTECs will have a disastrous effect on widening participation.

The government is weak. Despite its self-proclaimed ability to be able to ‘tap’ into and express the public mood, once again, this week revealed just how out of touch they are.  When Priti Patel and Johnson launched their culture wars to divide the resistance to its second wave of austerity, they did not reckon with the ability of black working-class footballers to be able to place themselves at the helm of a mood that has successfully united the county against these crude attempts to divide.

The government’s announcements that all Covid restrictions will be dropped from the 19th July has also been met with a wall of resistance. Government expected that their ‘Freedom Day’ would be greeted with relief and joy but instead it has been met with incredulity and rage that once again the government are prepared to put 1000s more lives at risk.

The overwhelming votes for action reflect a deeper anger and resentment among college lecturers and support staff towards the way the employers and college managements are behaving.  Increase workloads, restructures, redundancies, course closures, punitive observation policies and more managerialism are the order of the day across the sector. Staff increasingly feel that they are a part of an Orwellian nightmare as managements defend these practices claiming that they are putting the ‘learner at the centre of the college journey’ in order to create an ‘inclusive and dynamic learning environment’. Of course, nothing could be further from the truth.

Action in the Autumn term

UCU branches in these colleges will now agree dates in the Autumn term to begin their campaign of escalating strike action. UCU’s Further Education Committee has also agreed a plan to implement UCU conference motions calling for a national industrial action ballot over pay and workload to begin in the Autumn term.

What these ballot results confirm is that where resources and engaging campaigns are organised both at branch level but also at regional and national level members respond magnificently to calls for action. The 15 branches that have voted for action have opened the door to a second wave of ballots in the Autumn term drawing in the majority of colleges into a campaign over pay and conditions.

There is a growing recognition in the sector that our fight in FE needs to be part of a wider fight to defend the whole of post 16 education. UCU members in HE are moving towards balloting for action as well as 50 UNISON branches in HE are balloting their members over pay in the summer and will be ready to take action in the Autumn term. Our colleagues in Prison education are continuing to strike to protect working conditions as are UCU members in Liverpool, Sheffield and Leicester University to prevent job losses and course closures.

The potential to unite all those who work across the sector into a single campaign to defend post 16 education has taken one step closer to becoming a reality.