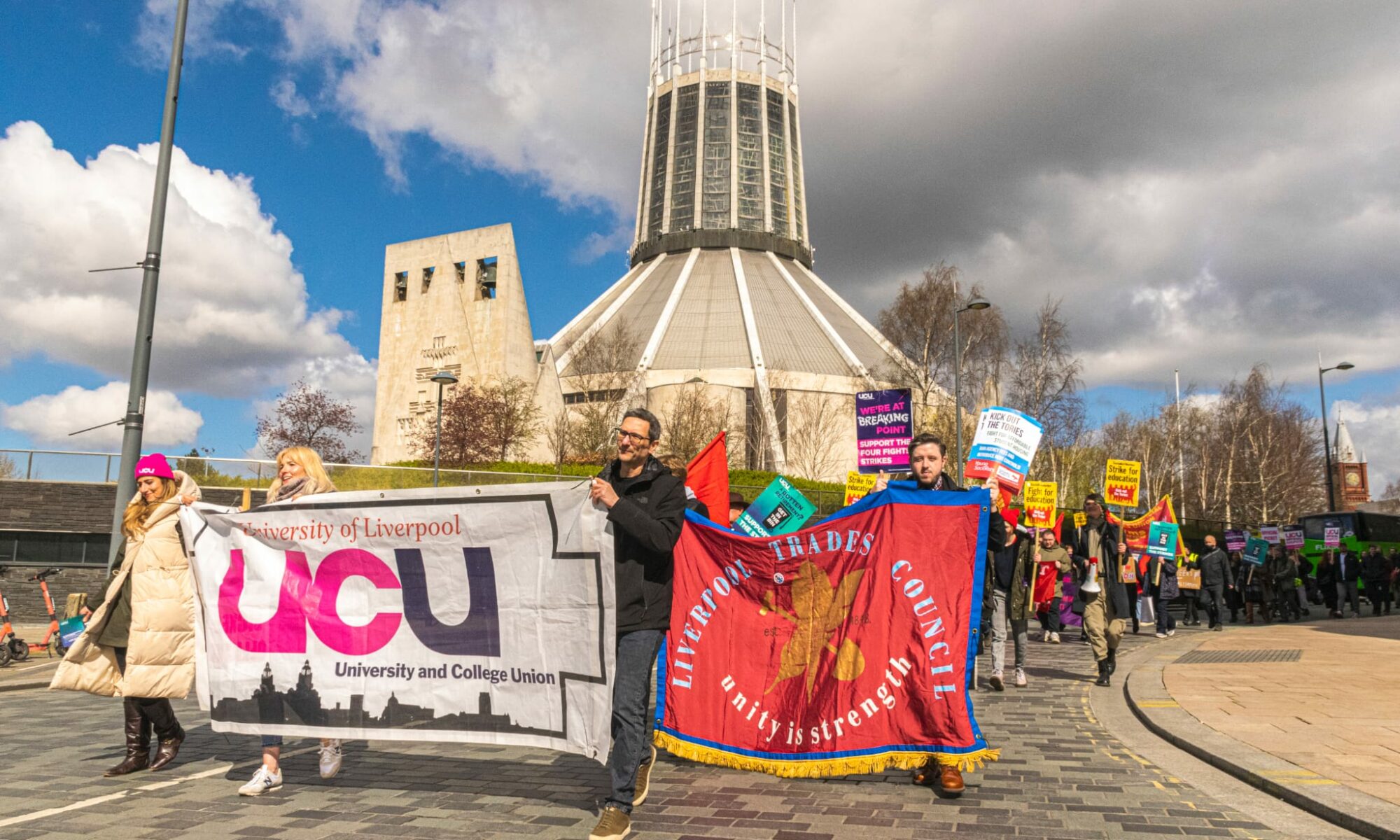 Get the vote out and escalate our action to win

The left on the Higher Education Committee today fought off attempts to wind down the Four Fights and USS disputes.

As activists across the country were intensifying their GTVO efforts to win renewed mandates for action, an alliance of Independent Broad Left and Commons members on the HEC were proposing motions which would effectively end both disputes. If these motions had passed, they would have been a kick in the teeth to every member who has taken strike action, turned out on picket lines and rallies, and voted at meetings and in ballots to defend pensions and to fight over pay, inequality, casualisation and workloads.

Fortunately, this did not happen. All of these motions fell, meaning that they do not go forward from HEC to the agendas of the Special Sector Conferences to be held on 20th and 27th of this month.

Four motions designed to kill off the disputes had been submitted. One of them called openly for an end of this year’s Four Fights, while another advocated a ‘pause’. To try and disguise the extent of this capitulation, they included vague proposals about campaigning with other trade unions to tackle the cost of living crisis and supporting local UCU branches to try to make gains in individual institutions on casualisation, workloads and equality.

The joint campaigning with other unions we need is more joint strike action, building on the joint Unison/UCU picket lines at a number of universities during the last couple of weeks. Devolving the fight over casualisation, equality and workloads to individual branches is an abrogation of national leadership and a recipe for defeat, especially in those institutions with hard-line managements or less well organised UCU branches.

Another of the motions called for shelving industrial action over the Four Fights not just for the current 2021-22 pay round, but for next year’s too! It advised concentrating instead on better communication of the Four Fights issues and recruitment to the union. The suggestion that members do not sufficiently understand casualisation, workload and inequality is an insult, while the idea that throwing in the towel would be good for recruitment stands reality on its head. As has been demonstrated time and again, we grow as a union when we fight.

At the very moment that UCU’s criticism of the valuation of USS has been vindicated and the increases in contributions and cuts to benefits shown to be unnecessary, another motion urged us to put our faith in the next valuation of the scheme in the hope that it will allow some of the detrimental changes to our pensions to be reversed. Without the exertion of industrial pressure, this is wishful thinking.

If these motions had been approved by HEC today, it is likely that branch delegates to the SHESCs would have voted them down overwhelmingly. But the fact that such motions are even proposed is an indication of how out of touch with the mood on the ground many HEC members are, and how pessimistic they are about the ability of UCU members to fight and win. These factions believe that they have a better grasp on strategy and tactics than ordinary union members and try to present their proposals as cleverer and more sophisticated than calls for escalating industrial action. One HEC member told us we needed to move beyond the outdated binary language of winning and losing!

As it turned out, the only motion to pass and to go forward from HEC was a motion calling for serious escalating industrial action over USS next term. This is now officially HEC’s recommendation to the SHESC, so it will be interesting to see which HEC members are prepared to argue for it.

A UCU Left motion calling for an immediate marking and assessment boycott backed by strike action to deter punitive pay docking was defeated by one vote. But this motion has already been submitted to the SHESCs by a number of branches so will be on the agenda anyway. It is doubtful that the IBL/Commons motions could get through any branch.

However, there is a danger that a marking boycott may start too late to be effective in some institutions, particularly those in Scotland. Information on assessment and exam board dates is currently being collected by HQ, but a motion calling for a boycott to start earlier was ruled out of order for the HEC.

What will best undermine the defeatism of these sections of the union are strong reballot results and renewed mandates for action in branch after branch. This will also terrify our employers. With a couple of days left to get the vote out, there’s still everything to play for.