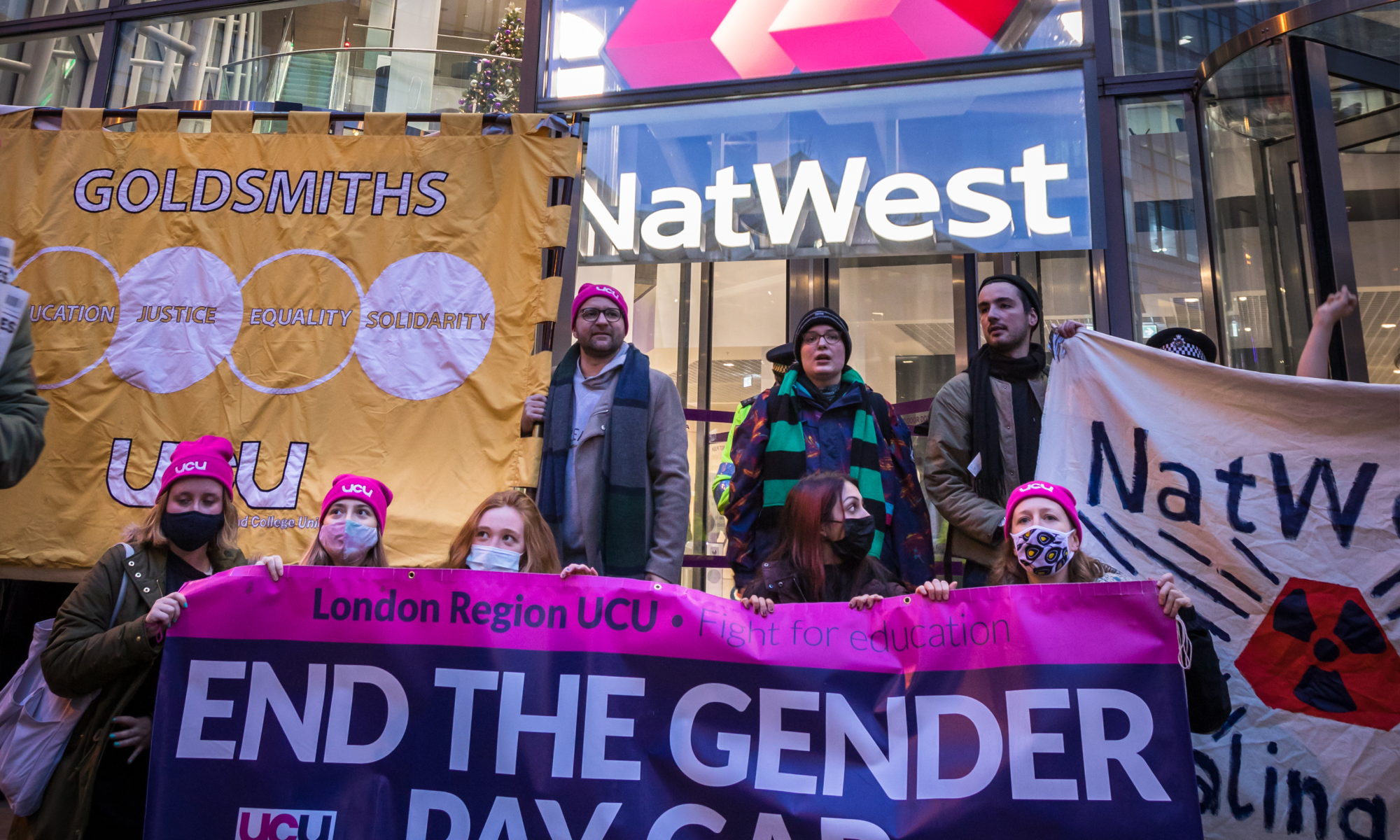 We all know we are in the fight of our lives.

But the General Secretary’s ‘new plan of action for the four fights dispute’ is a radical-sounding document that abandons the Four Fights dispute until a year’s time, and pulls back from defending the USS pension scheme at the very moment the employers are cutting it back.

It is unsurprising that union reps are speaking out spontaneously against this plan.

We are told that continuing action at this point would be ‘conservative’, whereas the ‘radical and militant’ response to the greatest attack on our standard of living for 30 years is to… halt the fight for a year! Inflation is hitting 9 percent, but our union’s leadership is telling its members – with a live dispute and mandate – to put up with it, and fight another time!

Reading this document, you wouldn’t have thought that the union had just recorded overwhelming majorities for strike action and ASOS. Reps are lectured on ‘democracy’ after winning votes!

We are told that this is the way we can increase union density, but this flies in the face of our own union’s history. In 2018, pre-92 HE branches grew by 50% in a couple of months as they readied for strikes. That happened because members want to know the union will defend them, individually and collectively. On the other hand, shutting down the national fight against casualisation sends precisely the wrong signal to members on casual contracts.

The General Secretary is counterposing union recruitment to industrial action. Her theory of the ‘supermajority‘ says that the reason why strikes win is because union density is high. But this is not correct. UCU was a third smaller in the pre-92 USS ballot in 2018 than in 2021. And some branches with high membership density – like Goldsmiths – are under remorseless attack.

In fact, industrial action is won by workers when employers recognise that refusing to concede to union demands will be more costly than any perceived benefits. That cost can be economic (e.g. damaging reputations and recruitment, etc), but it can also be political (causing a political crisis for the employers, as in 2018).

For everyone who has stood on the picket lines in the wind and rain, and spent weeks fighting to get the vote out, the General Secretary’s pre-prepared ruminations will be a massive disappointment.  On the other hand, members who voted for action but failed to take it themselves will read it as a signal that the union is not serious.

Jo Grady was elected after her predecessor, Sally Hunt, sought to abandon the USS fight. She was elected as an expression of UCU members’ will to resist. However her response to the present attacks on UCU members looks little different to Sally Hunt’s.

The latest round of ballots saw members once again vote overwhelmingly for action. Had this ballot taken place before the Tory Anti-Union Law of 2016 was introduced, we would be all able to take strike action. Branches have asked their members whether they support strikes and ASOS. And they have voted Yes!

Even if you are in a union branch that failed to get over the Tory threshold and cannot take action, with very rare exceptions, in branch after branch members have overwhelmingly voted for action. That’s democracy.

It is wrong to interpret non-votes as no votes. Firstly, it is anti-democractic in principle. This is why quorums for general meetings are low, to ensure that members turn up and participate in debates and vote for and against motions.

Secondly, it is not consistent with the evidence. Members do not vote for a variety of reasons, as anyone who has engaged with a Get the Vote Out (GTVO) campaign can report, from lost papers to house moves and pre-arranged leave. This explains why branches with well-organised GTVO campaigns chasing and nudging members to vote have been repeatedly able to get high turnouts. It is also why Yes vote percentages tend to be remarkably stable even when turnout fluctuates.

The three-week ballot insisted upon by UCU HQ, at the end of the second term and into the Easter break, left many branches close below the 50 percent threshold. Another week would have brought more branches over the line, and two more weeks, as voted for by HEC, could have changed the picture enormously.

Some members complained that replacement ballot papers arrived at home on the final Friday, and rep reports show members saying they were voting right up until the end. The ballot deadline combined with the postal voting process cut voters short.

A plan to win

The General Secretary is now trying to lobby union reps and activists over their heads, to persuade branches to stand down the action that members have just voted for. Yet a calibrated plan and a mobilisation of the whole union could win these disputes.

At the current time, some 40 branches can still take action on exams in Term 3. Everyone knows this action will need the whole union to rally around.

The General Secretary says this is a war. But you don’t win wars by telling the enemy you are too weak to fight, and would they mind if we came back in a year?! The attacks on Goldsmiths colleagues, and the employers’ general intransigence show that they are likely to see such a declaration as a sign of weakness.

We are now told that despite previous attempts to de-couple the USS dispute from Four Fights that it’s OK to keep them coordinated – as long as we fight in a year’s time! But this makes no sense. Why would giving the employers free rein for a year make them more likely to reverse the changes? With the next valuation in 2023, backing off now looks like an invitation to the employers to push for 100% Defined Contribution!

Even USS Limited admit there is no need for ‘Deficit Recovery Contributions’, and that these could be spent on members’ pensions. This represents an open goal – if we fight.

Members deserve a serious strategy. Instead we are told is to ‘keep our powder dry’ while the university employers drive through attacks on staff and students alike. Demobilisation is a recipe for defeat and demoralisation, not union-building.

We cannot allow the work by UCU reps and members to be wasted. We need to stand up for union democracy and stand by the ballot.

Two meetings have been called to debate the way forward:

In our strikes and ballots, members learned to trust each other, not the official union machine.

We are the union, and we need to fight for the future of our sector.