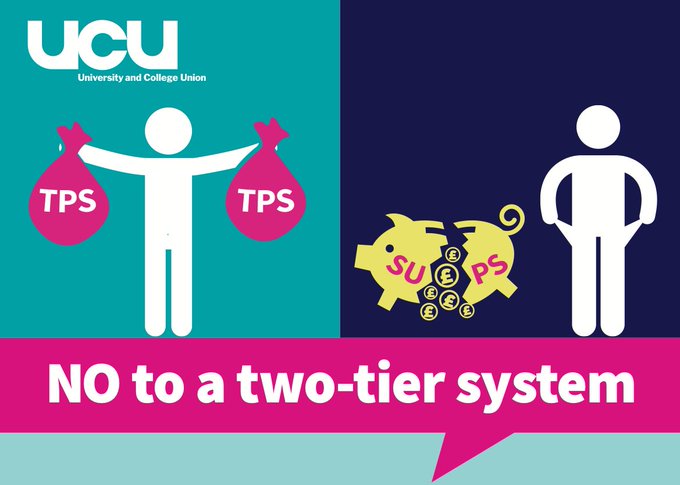 The employer at Staffordshire University is trying to bring in a two-tier workforce.  New staff will be put in a ‘wholly owned’ subsidiary company.  So, the employer is using the device of creating a separate employer to give new staff a worse deal.

This is not the first time employers have tried this tactic.  The artificial separation of a workforce into two different groups with a different employer has all sorts of employment implications.  It means that national pay rates and conditions of service may apply to one group and not another.  It means that employees cannot use employees in the other company as equal pay comparators.  In a redundancy situation employees cannot seek redeployment in the other company.  If there is an industrial dispute, employees of one company cannot take industrial action in support of the employees of the other company, because this is unlawful secondary action.  This all applies even if the two groups of workers are doing identical work for the same university and working on the same site.  Simply by saying they are working for different employers, the university is able to divide and treat one group less favourably than the other.

This is not the way to build a university or give students a good quality education.  UCU must vigorously oppose any attempts to divide workforces by date of joining the institution.

This dispute has implications for the future of TPS, as does the dispute our sister union, the NEU (National Education Union) is running with the GDST (Girls Day School Trust) which is again a case where the employer is seeking to remove workers from TPS.

The Teachers’ Pension Scheme was established in the 1920s.  It was designed to be self-funding within the teaching profession, inasmuch as the contributions paid by employers and by working members of the scheme would pay for the pensions of retired members.  it is a system of transfer payments.

Unlike USS, TPS is an unfunded scheme.  When the scheme has been in surplus (i.e. more money paid in in contributions than paid out in pensions) the government has absorbed the surplus into general government funds.  The logical quid pro quo of this is that if the scheme is in deficit the government should make up the shortfall.  Any removal of new members from the scheme, reducing the number of contributors to pensioners, is likely to weaken the scheme.

So, if the GDST takes a section of school teachers out of TPS, this may encourage other private schools and academies to remove their staff from TPS.  If Staffordshire University succeeds in removing new academic staff from TPS, other post-92 universities may go down the same path.  The reduction in the number of contributors paying in to TPS is a threat to the future of the scheme.  Indeed, this reduction in numbers in the scheme can be as much of a threat to pensions as direct reductions in benefits.

Please send messages of solidarity to Staffordshire University UCU and sign the petition to the Vice Chancellor calling for an end to this attack on employment conditions.

For the petition, please go to this link.