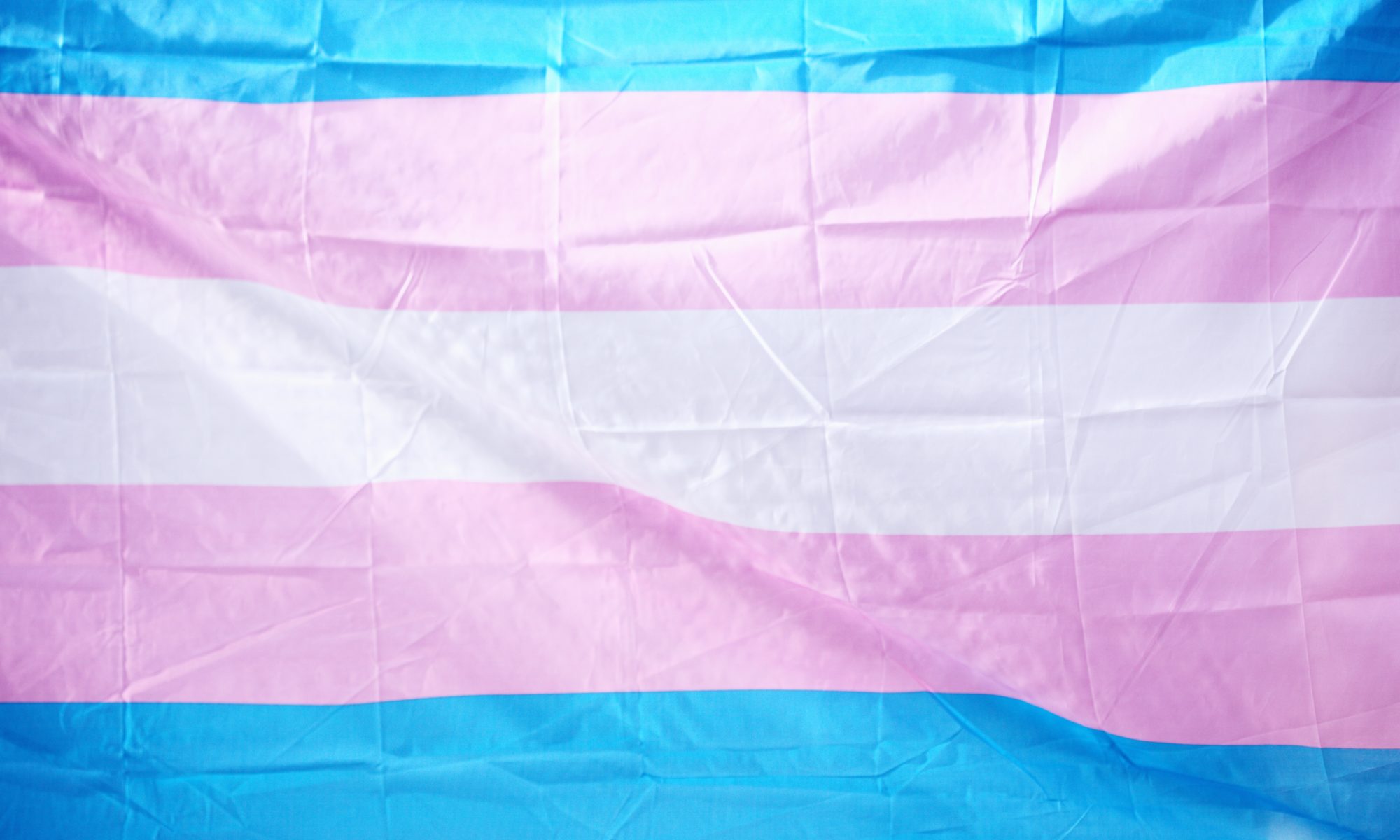 Note on terminology: this article will use the term trans throughout as an umbrella term referring to a range of trans, nonbinary, genderqueer and gender non-conforming identities (as many trans-led organisations such as Gendered Intelligence do). We will use other terms alongside trans when we are discussing a specific identity within the trans* community.

In 2020 the Morning Star published a transphobic cartoon depicting trans people as vicious predators that would have been shocking if it had appeared in the Daily Mail. In recent years we have seen trans exclusionary or trans hostile rhetoric become commonplace in the mainstream media and social media, with a number of high profile writers, journalists and politicians facing criticism for their comments. It is deeply disappointing to see the growing transphobia coming from far-right and right wing populist regimes and organisations being echoed by a minority of feminists and people on the left. Much of this ill-framed and ill-informed assault  has been centred around the now scrapped reform of the Gender Recognition Act (GRA), a process which was shelved by the Tory government in 2020, to the dismay of trans people and organisations.

UCU has a long history of enabling self-identification for all members linking back to our predecessor unions. This is a key part of our work and responsibilities as trade unionists and socialists – working together to end all forms of oppression. Improved rights for one oppressed group should never be conditional on the oppression of other groups. Trans rights and women’s rights are not incompatible, just as women’s rights are not incompatible with the rights of disabled people, or our Black siblings. Indeed, many trans people are also women, are disabled, are Black.

There has been, rightly, a storm of criticism and condemnation of the many examples of media transphobia, as well as the specific shocking example of the Morning Star cartoon. For those of us less familiar with the ongoing fight for trans rights and inclusion, it is worth asking why these attacks on trans and nonbinary people have gained the traction that they have in recent years.

The state of the so-called trans debate reveals a departure from the basic position all socialists must take when it comes to oppression. Socialists unconditionally stand with all the oppressed. Capitalism divides the working class through racism, sexism, homophobia and transphobia. Governments led by the likes of Johnson and Bolsonaro are looking to pick on groups of already vulnerable people who appear to be different to the rest of the class and attempt to blame them for poverty, poor housing and cuts to services and the insecurity these cause, for which in reality these governments are responsible.

The roots of trans oppression

The causes of transphobia have similar roots to those of women’s oppression. They lie in the emergence of class societies, especially capitalism, and the centrality of the ideology of the privatised nuclear family as the key unit in providing, at minimal cost to the state, the next generation of workers to generate profits and economic growth. For socialists this is the starting point to understanding women’s and trans peoples’ oppression. It is through the traditional family unit that the mores and behaviours the establishment expect from working people are perpetuated and sustained. It is for this reason that the fight for women’s and trans equality are one and the same struggle.

It is through the bravery and heroism of those who came out and defied homophobic and transphobic societal norms in the late 1960s, most spectacularly in the 1969 Stonewall riots, that a powerful social movement for LGBT+ rights emerged with the aim of putting an end to such discrimination. The struggles of those who ignited the fight in the 60s have led to many important reforms for LGBT+ people and women that today right wing governments, in their reactions to the failures of neoliberalism, are trying to roll back in order to divide opposition to their policies and re-impose strict traditional family values. Why does a vocal minority, including in education, continue to provide left cover for transphobic lines of argument under the guise of ‘concern’ for ‘academic freedom’ or ‘free speech’? They seem to accept basic right wing tropes used first against gay men and now against trans people. Gay men were, and are, attacked on the spurious basis that the only reason they go to public toilets is to have sex with unsuspecting heterosexual men. Another key trope was that gay men groom children. That was one of the spurious and vicious claims used to justify the Tories’ Section 28 homophobic legislation of the late 1980s which impacted the education system. Similar claims are being made against trans people and their organisations today.

The Morning Star cartoon reinforced offensive myths about trans women – that trans women are not women at all but ‘men in dresses’ who want to use public toilets and other single sex spaces to abuse women. Yet actual examples of trans women assaulting cisgender women in public places like toilets, changing rooms or refuges are very rare. Indeed, the main results of this scaremongering are to make life more threatening and dangerous for trans people – and to result in more cisgender women being challenged because they are not perceived as fitting gender stereotypes sufficiently well. This position is also rooted in deep-seated homophobia and (trans)misogyny, as its proponents rarely consider trans men, nonbinary and other gender nonconforming people in their analysis of trans people’s experiences.

The final reason why some of the left end up in a position that puts them at odds with those in the trans community is that they oppose some aspects of the 2004 Gender Recognition Act (GRA). The scrapped GRA reforms, and the recent High Court hearing of Bell V Tavistock (2020) – granted appeal for 2022 – leave trans people under a cloud of legal limbo, as much needed reforms and access to gender affirming healthcare (especially for young people, in relation to Bell V Tavistock) are pushed further out of reach. Many young trans people have had the lifeline of puberty blockers snatched away from them without notice by last December’s High Court ruling. The ruling also potentially threatens young people’s access to contraception and abortion in the future.

The proposed / possible reforms to the GRA are not particularly radical, and are not out of step with other countries such as Ireland, Portugal, Uruguay and Spain. The introduction of self-identification/self-declaration – instead of a heavily medicalised process – to obtain a gender recognition certificate, would have been a key step towards trans liberation in the UK. The Tories have failed to implement this opportunity to make trans people’s lives a little bit less hazardous, pathologised and stressful.

This move is being greeted by transphobes as a victory and will inevitably lead to further abuse and discrimination against trans people. It will also open the door to further attacks on women’s and LGBT+ rights, since a setback for trans women would be a setback for all women and for all LGBT+ people.

Nor should the introduction of additional voluntary questions on gender in the National Census, allowing for the expression of non-binary and trans identities, be perceived as a threat to women. For the first time this will generate some national data about the numbers of people who may be trans or non-binary. Despite this, some transphobic groups have supported a legal challenge to the guidance the ONS has published on how to complete the question on sex.

The existence of trans women is not a threat to women’s rights or a denial of cis women’s oppression. History has shown us when the oppressed are united we can better protect all our rights and we all take a step closer to liberation.

That’s why it’s crucial that the left unites now around a renewed campaign to amend the GRA as well as defend the trans rights embodied in the 2010 Equality Act just like we did in the late 1980s around Section 28. We must continue to push for the legal recognition of nonbinary identities, building on the decision from Taylor v Jaguar Land Rover (2020) that nonbinary and genderfluid employees are also protected under the Equality Act 2010.

It is understandable that a lot of those who have been offended, angered and felt so let down by the media and public discourse around trans rights have been calling for individuals and organisations to be ‘no platformed’ and boycotted by the labour movement. Trans people feel attacked, beleaguered and marginalised. Increasing numbers report being afraid to leave their homes or use public facilities, or access education, and this stress and isolation has been made worse by the effects of the pandemic and repeated lockdowns.

Transphobes and ‘trans critics’ who are using their considerable platforms and positions to push these attacks on trans people often claim, perversely, that they are being ‘silenced’ and bullied. Clearly, making threats against such people is unacceptable, but those trying to block or undermine trans rights cannot expect immunity from criticism and counter arguments, particularly since it is overwhelmingly trans voices that are repeatedly ignored or silenced.

Nevertheless, we think a blanket application of a no-platform policy would be a mistake and no-platforming should be restricted to fascist organisations and individuals. Though we do not believe inviting those with proven transphobic records, or hate organisations, is acceptable, and student and staff organisations are entitled to disinvite speakers if they decide to do so, we do not believe refusing a platform in every individual case is the best way to persuade the vast majority of people to support and act in solidarity with trans people. As we do when people make bad faith arguments at UCU Congress and Sector conferences, or in our branches, or during equalities committee meetings or debates, we must demonstrate that these arguments are wrong. We must not lose our own voices – if they don’t happen in the light, they will continue to happen in the shadows.

We recognise that there are differences within the movement around a range of issues, and indeed that some people are genuinely unclear or poorly informed about trans rights, but we must debate these disagreements rather than refuse to engage with them. ‘No platform’ is a tactic used to prevent fascist organisations from gaining any foothold in our society which they would then use to undermine the very democracy that allowed them that platform in the first place. Whatever our disagreements may be with people who espouse transphobic views, they are not – in the vast majority of cases – fascists.

We can debate these issues on the basis of evidence but we cannot and should not expect trans people to engage with transphobes and trans critics who want to ‘debate’ the very existence of trans people. Let’s debate the issues, yes, sometimes robustly if necessary. But let’s above all also unite in the defence of the LGBT+ community and fight for a world where people are brought up to never know what it is to discriminate against those who are perceived to be different.