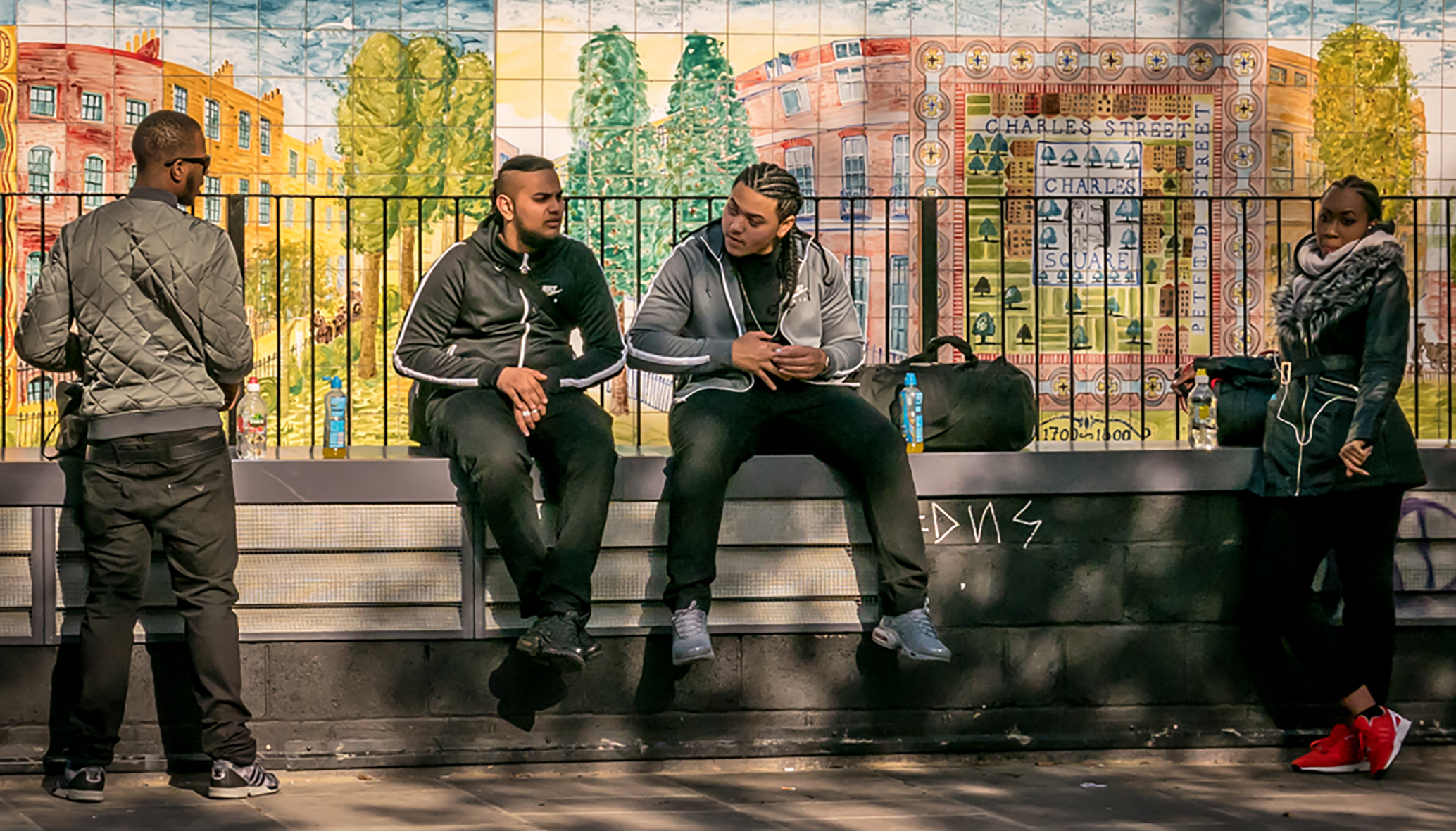 Last week the students in my GCSE English classes discussed what their thoughts were about the Paris shootings. They read two opposing views on what the British government’s response should be. One, from the Daily Express, argued that the British government should launch air strikes and close the borders. The other, from Stop the War Coalition, argued that there should not be any retaliatory airstrikes because it will continue the cycle of violence.

As usual, when young people are given the opportunity to discuss these kinds of issues they were fantastically articulate and well informed. They were shocked to find out after reading the Daily Express article that in 1939, at the outbreak of the WW2, 80,000 German people that were connected to Britain were rounded up and put into camps to ascertain their loyalty to Britain. The Express advocated closing the borders and rounding up refugees from areas where ISIS and other terrorist organisations operate from.

The students on the whole were very uncomfortable with the idea that refugees who are fleeing countries that have been continuously at war for over a decade should then be detained in camps to check if they were suitable to be granted asylum in the west. Especially when students raised the fact that most of those who carried out the killings in Paris were actually born in France or Belgium.

The majority of my students were opposed to launching air strikes on ISIS as a way forward after the Paris shootings. They could not understand why ordering more air strikes would help to stop more death and destruction.

They were also horrified to be shown pictures from the Metro newspaper, that a student had brought in, which showed graffiti on the sides of the bombs being loaded onto the jet fighters that said, ‘From Paris with love’. One asked ‘Surely this is not legal’. They could not comprehend why, despite such atrocities that took place in Paris, someone would be so callous as to write something like this on the side of a weapon that they know will kill more innocent civilians then the intended terrorist targets.

Not all were convinced that bombing shouldn’t happen, not because they thought that it would resolve anything but as one student said, ‘when I look around the world war is a fact – peace isn’t’. Most in my classes are between the ages of 16-18. It is a sad fact that this generation has grown up in a society that has been at war for the vast majority of their lives.

A young female student responded to her classmate’s pessimism by saying, ‘The way we make peace a fact is to think it ourselves and get someone else to think it and then peace can become a fact’.

Rage at a society that doesn’t listen to them

The discussion then moved on to why young people, in some cases as young as fifteen, get involved in such bloody killings. Again the students, whilst none of them condoned what took place in Paris, expressed articulately why some young vulnerable people fall prey to those who wish to enlist them to kill and maim.

They expressed the alienation they felt. The horrible frightening feeling of thinking about their futures where there is no security in meaningful employment. A future of living in overcrowded accommodation. Rage at a society that doesn’t listen to them or take them seriously. The racism and Islamophobia that they experience on a daily basis.

This is the context that many young working class people are brought up in. Some of the most vulnerable in this situation, when offered a fake way out dressed up as a heroic cause, tragically grasp it as a way to give their lives meaning. Of course it doesn’t, it just leads to young people’s lives being lost far too prematurely.

The government’s response to this situation will only perpetuate the causes of violence. Trust must be the central factor that cements the student/teacher relationship. If the student feels that their discussion will be reported back to the authorities and after which they are put on an ‘at risk’ list, because of what they had said in that discussion did not support the government’s view, then the opportunity to have an open discussion about how they feel about certain issues will disappear and with it any possibility to inspire hope and understanding.

This is what the government’s Prevent duty is doing and why it is so dangerous and must be resisted.

As young people feel that there is no way out of a cycle of poverty and dead end jobs or no jobs, communities risk turning in on themselves. Two months ago I watched helplessly from my ninth storey window as paramedics desperately tried to save the life of a seventeen year old boy called Marcel. He lay on the cold concrete path beneath me for an hour as the paramedics tried to resuscitate him, but died from his knife wounds.

A recent report the Equality and Human Rights Commission (EHRC) revealed that that young people suffered the biggest slide in income and employment and faced higher barriers to achieving economic independence and success than five years ago. This inequality, according to the report has worsened since the election of the Conservative-led coalition government in 2010.

What is the government response to this catastrophe? To bomb a country that has already been bombed backed to the Stone Age and to make it even more difficult for young people from working class backgrounds to access further and higher education. Both of which can lead, as has been shown in the past, to more terrorist attacks and violence on our streets.

However the government’s spending review also revealed that they are a weak government with a tiny majority. The movement against austerity and the election of an anti-austerity Labour leadership has forced the government to make U-turns on Working tax benefits and cuts in the NHS. Agreeing to protect FE funding for four years is another indication of their vulnerability.

But they will continue to cut where they think they can get away with it. We must not let them. They must be stopped before this generation is written off as another ‘lost generation’.

Luckily for us, many of my students are not people who just take things lying down. They will continue to resist.