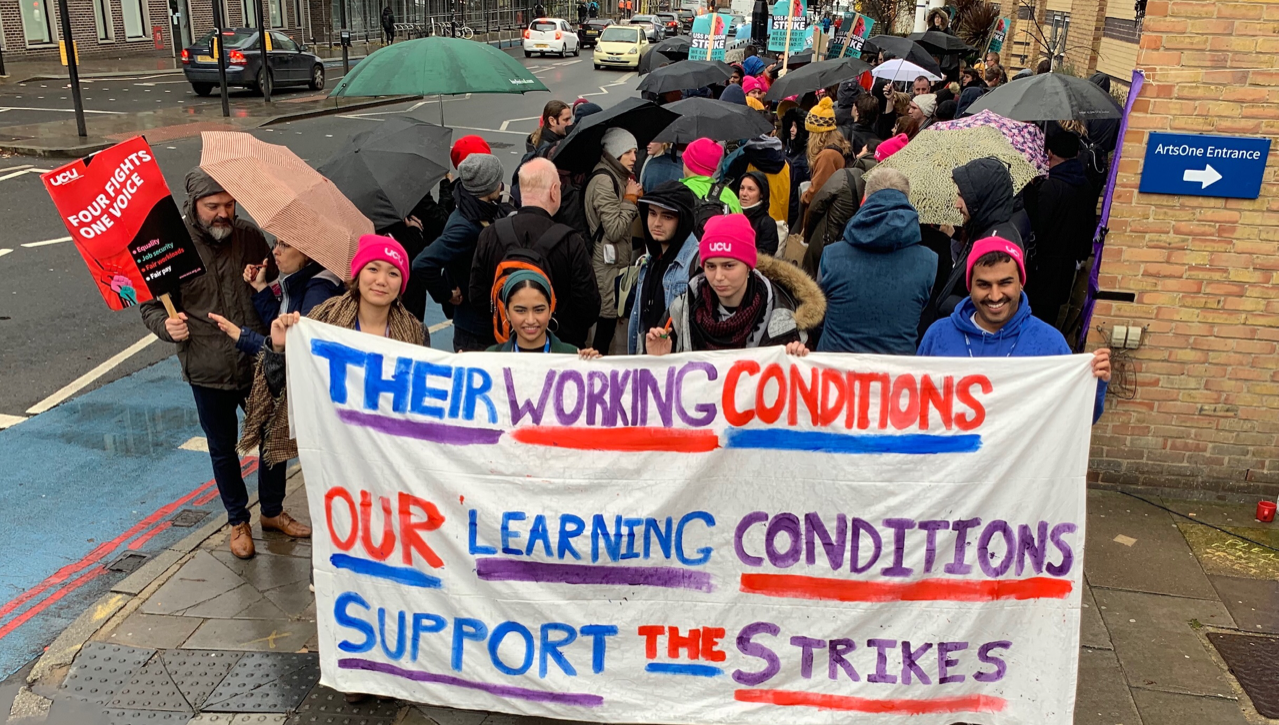 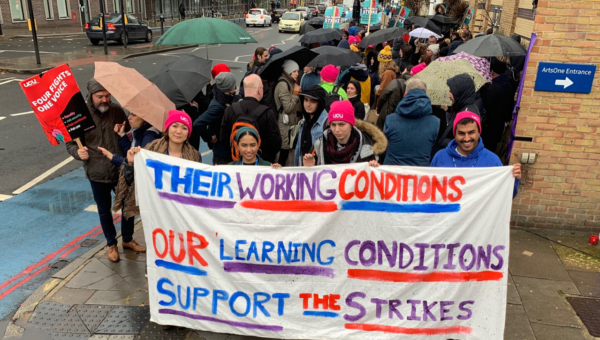 We are entering a crucial phase in UCU’s two concurrent disputes. Our second wave of strikes represents an escalation in terms of strike days and the number of members involved in action.
These are disputes about the future of Higher Education. It has become clear to people watching the dispute from the outside what was already obvious to UCU members – that we are challenging the marketisation of education through fighting against its pernicious effects on staff.Generalise
The stakes are now very high. We will not pursue these disputes to successful conclusions if we fight them in a sectional way which fails to generalise them outwards. Our issues – shrinking pay, spiralling workloads, insecure contracts, entrenched inequality and severely reduced pension rights – are all too familiar to trade unionists in other sectors. The same project of allowing the logic of the market to rip through the services we provide is being applied to all parts of the public sector.At the moment it is HE staff who are in the frontline of this battle. We are the ones with our heads above the parapet, carrying the fight to the employers and the pension fund bosses. But we are fighting in the interests of many more, and we should not allow ourselves to be isolated. We need to connect our fight with the issues facing the rest of the trade union movement.

We need moral support from the movement. We need other unions to recognise that our fight is their fight and to say so publicly at rallies, demonstrations and on our picket lines. But moral support will not be enough.

Finance
It is crucial that we win financial support as well. Our bosses, like all bosses before them, will attempt to use financial pressure to undermine our members’ ability to sustain strike action. Some universities have callously refused to stagger pay deductions across several months. But losing 14 more days’ pay on top of the eight before Xmas is not easy for most HE staff even if they are staggered.

Raising money from other trade unionists is the key to overcoming this pressure. Not only does every pound raised demonstrate a concrete commitment of support for our fight and an understanding of its importance, it is also crucial to allowing UCU members to continue to strike.

NEC members ensured last Friday that the union remained committed to paying the same rates of strike pay during the 14 days, and raised the cap on what each member can claim in total. This is absolutely right. To reduce the rates would have sent a message to every member that we were not serious about this fight.

But the strike fund is not a bottomless pit. It needs replenishing. That requires a serious effort from all levels of the union. Approaches to other unions at national level can produce donations of tens of thousands of pounds to our fighting fund. But we need to address this at a regional and local level too.

Solidarity
Every striking branch needs to get in touch with other trade union branches in its local area. Trades Councils can help with circulating appeals for funds and should be asked to make donations themselves. Striking UCU members need to follow up these appeals with personal approaches to fellow trade unionists. We need to visit key workplaces and get ourselves invited into branch meetings to speak about the strikes. Every such speech needs to conclude by asking for money.

Some of this is pushing at an open door. NEU teachers branches have been encouraged by their union leadership to make donations. But in every branch of every union, the issues we are fighting over will be understood and requests for donations to our fighting fund will be taken seriously.

Trade unions began precisely as funds to allow groups of workers to go on strike. It is a tradition that needs reviving and that we must put at the centre of this phase of our disputes.

Far from being a weakness, this shows real strength. We are a small part of a global trade union movement and our sister unions will financially support our action so we can continue to fight.