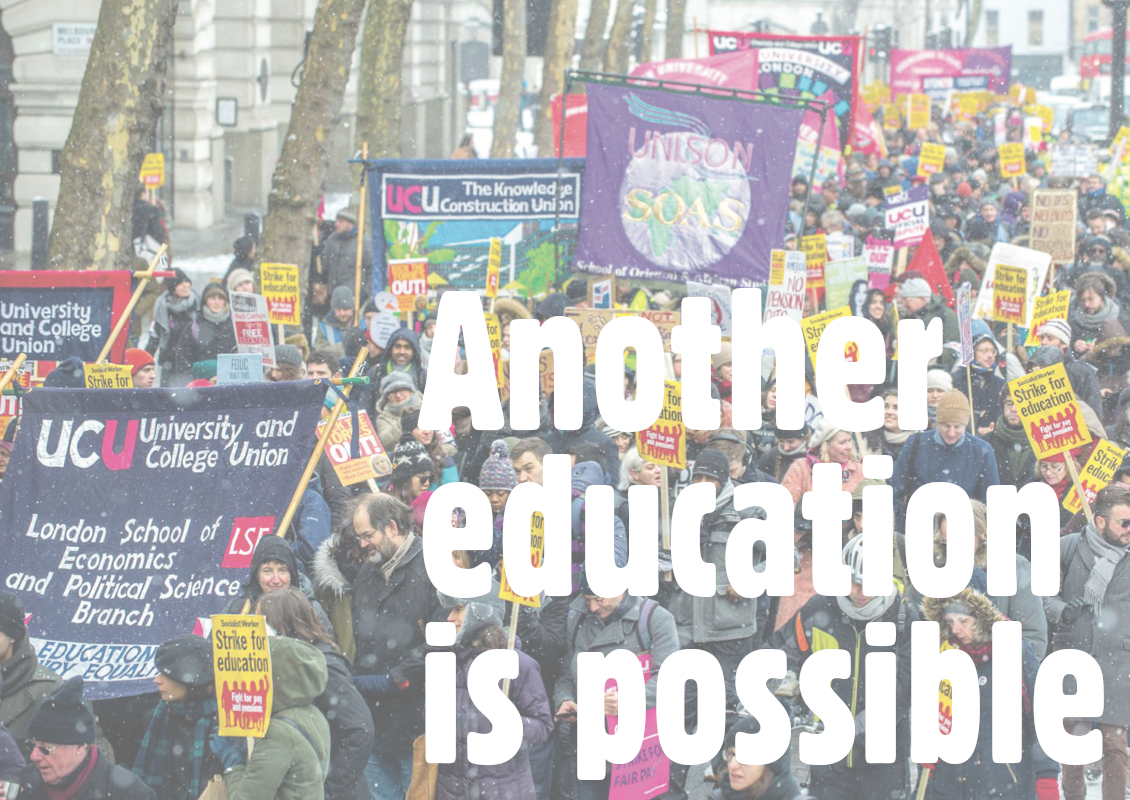 The results of elections to the NEC were announced on Monday 8th March. They show impressive gains for UCU Left in the composition of the new NEC.

Of the 30 seats filled at this election, UCU Left supporters won half of them. This is despite the groupings within UCU shifting to add a third campaigning group to the existing landscape of the union.

UCU Left would like to thank all those who voted for us and who encouraged others to do so.

UCU Left stood on a clear platform for fighting back against the escalating attacks by employers in both HE and FE. Our candidates have a track record of organising resistance to redundancies and unsafe workplaces in their own institutions, and have also been at the forefront of delivering solidarity for the various struggles that have taken place this academic year. We are committed to pushing the UCU beyond local disputes towards UK-wide action over the key issues that affect our members across post-16 education.

The fact that so many of us were successful is a sign that members recognise that the scale of the attacks we face demands more than local disputes, important though they are. The 86% rejection of the HE employers’ 0% pay ‘offer’ confirms that members believe our union needs to put its weight behind UK-wide action.

Our new NEC members join a number who are only half-way through their terms of office. For us, holding NEC seats is a means to an end, not an end in itself. Our goal is to use our influence on the leading body of the union to help mobilise members to fight for the pay and conditions we deserve, and in defence of the education that we provide.

In Further Education, this means finding ways in the short term to resist employers putting staff at risk of Covid in the return to colleges. It also means a serious campaign for proper funding for the sector, for decent pay rises for staff and for an end to casualisation and downgrading.

In Higher Education, it will mean another serious battle to defend the USS pension scheme from being destroyed by marketisation, plus a revival of the Four Fights over pay, casualisation, equality and workloads, all of which have become more urgent as a result of the pandemic.

We encourage members to get involved in fighting for another education that we all know is possible. Get in touch and join UCU Left, and link with grassroots activists around the UK through UCU Solidarity Movement.

We thank you again for your support, and look forward to fighting alongside you in the struggles ahead.