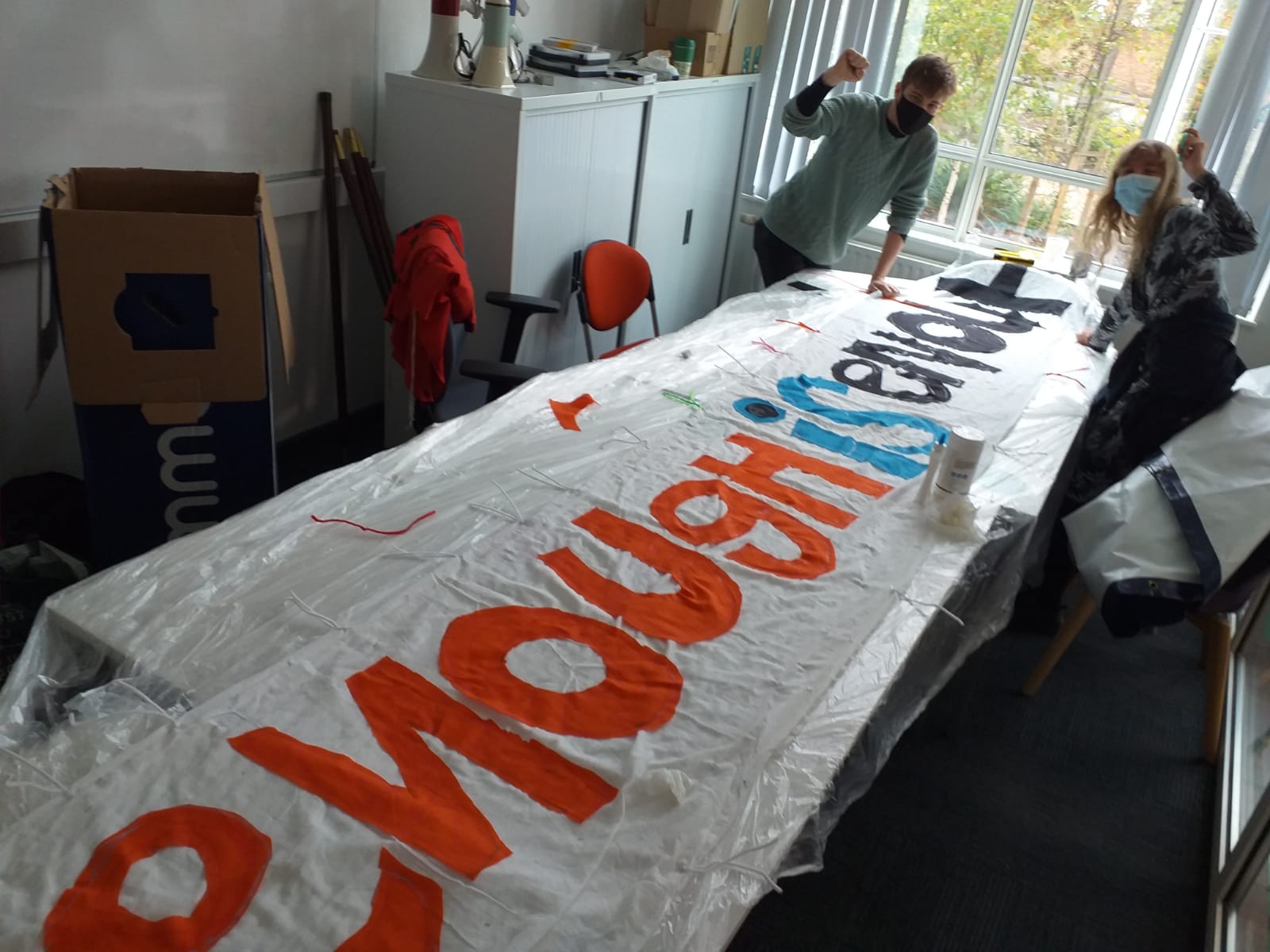 Delegates again rejected the strategy of delay put forward by the General Secretary by voting for motions calling for an immediate marking boycott backed up by strike action. They also overwhelmingly reaffirmed the commitment that the USS dispute should continue to be fought in conjunction with the Four Fights.

The majority of delegates clearly felt that suspending the disputes for 12 months was not a viable option given the scale of the attacks to the pension scheme. Those attacks, along with those on the pay and working conditions of HE staff in general, would be intensified if the union decided to take a time-out.

It is now urgent that the notifications for action are sent to employers. They have been delayed too long already. The latest pretext was that it was necessary to wait for the results of the USS HESC votes before issuing the Four Fights notifications. This has pushed back the marking and assessment boycott by over a week, presumably in the hope of the leadership that some of the USS votes would contradict the Four Fights votes and create enough confusion to justify calling off the action. In fact, the only significant divergence between the two conferences was on the question of whether future ballots should be aggregated.

These delays are unforgivable. The ballot mandates achieved by branches in November ran out today. Every day that goes by without our being able to take action emboldens our employers and weakens our ability to disrupt marking and the awarding of degrees.

We now need a coherent plan to implement the strongest possible marking and assessment boycott and defend it with strike action as necessary. This will require serious planning at branch level and coordination between branches with a mandate and those without. We need to learn the lessons of the Liverpool dispute and replicate them in the 40 branches with a mandate.

We cannot rely on the national leadership at Carlow Street to do what is necessary. They have already excluded branches without a mandate from Tuesday’s delegate meeting despite both HESCs emphasising the importance of concrete support from members not involved in action. Much of this coordination will need be initiated by branches themselves.

Tonight’s UCU Solidarity Meeting will be a crucial forum for doing this. Every HE branch should try to ensure that it is represented there by as many members as possible. The Solidarity Movement has a track record of providing exactly what we need at this moment in the disputes: a platform for the sharing of ideas and delivering solidarity between branches.

Members should also attend the pre-BDM meeting organised by UCU Left on Monday at 6pm. Some preparation by delegates can help us resist Tuesday’s meeting being manipulated from the top in the ways that previous BDMs have been.