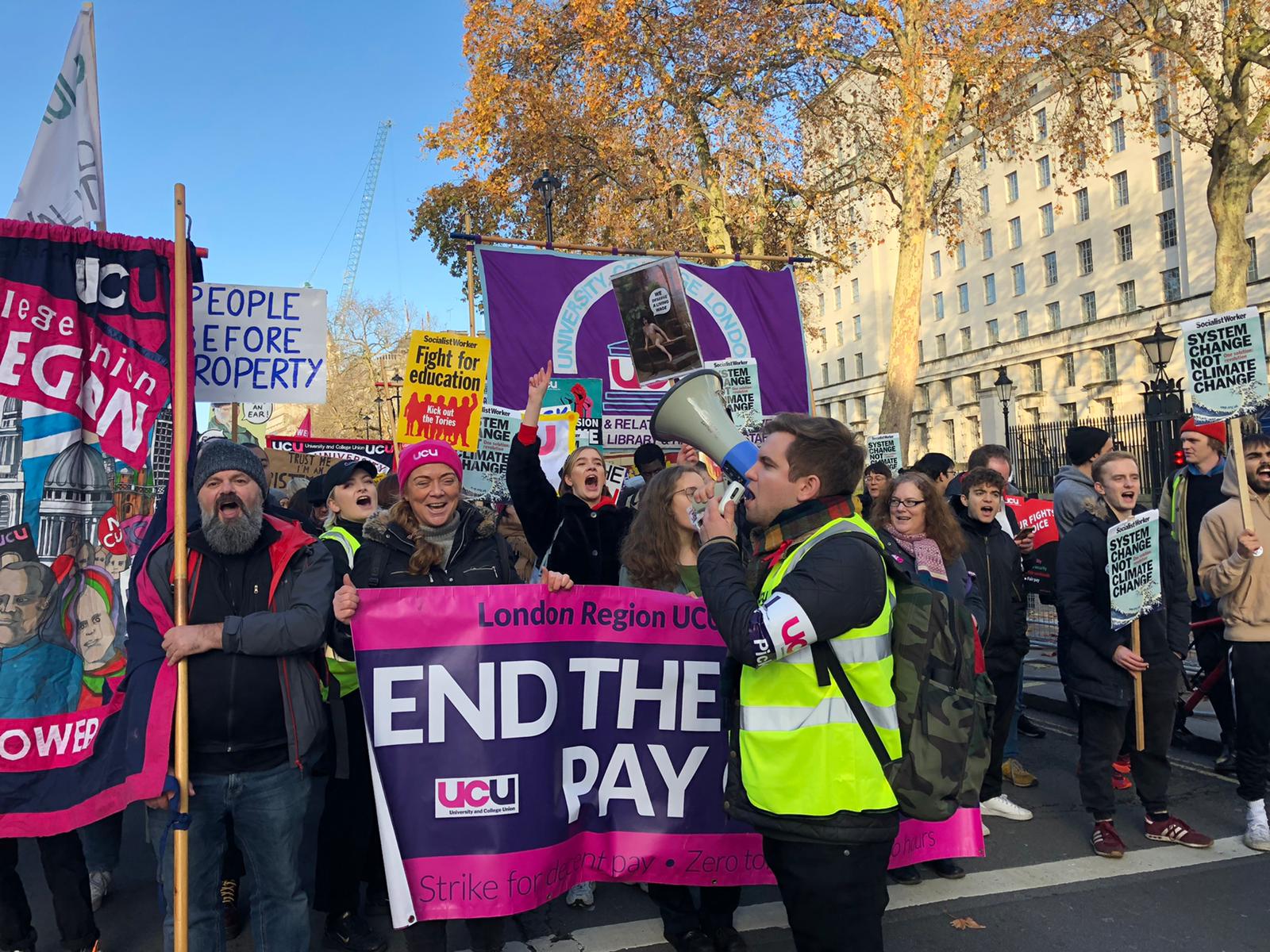 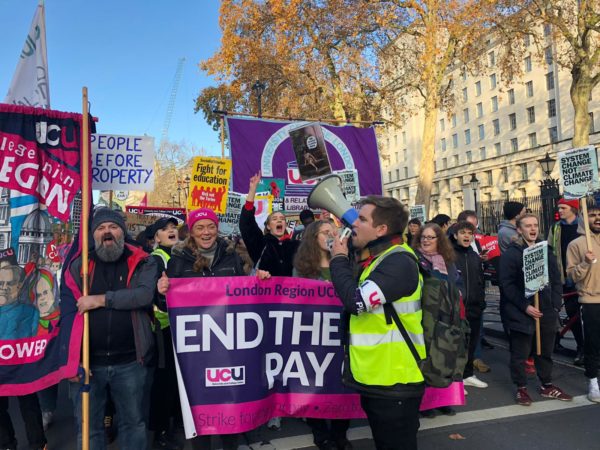 We enter the new semester knowing, yet again, the resolve of UCU members to fight for the defence of higher education.

Our strikes before Xmas, involving 60 universities and 48,000 staff, were at similar levels – and often higher – than our 2018 strikes. Recruitment to the union is again rising rapidly and involvement on the picket lines and in the Teach-Outs demonstrates the return of the organising spirit that typified the action in 2018.

We now have a further 38 institutions balloting to join the action over USS and the ‘Four Fights one Dispute’ pay inequalities campaigns. These branches all voted overwhelmingly for action first time round, but did not exceed the Tory anti-union law’s 50% threshold for turnout. Escalation of the action to other universities and setting of further dates of strike action will continue to place pressure on employers to settle both the USS and pay inequalities disputes.

On 30 January, the Higher Education Committee (HEC) of UCU meets. It must sanction the call voted on by delegates to the Special Higher Education Sector Conference to launch a further 14 days of escalating action from mid-February over USS. HEC must also link this with the pay inequalities dispute by announcing the same 14 days for this dispute. There must be no wavering in our resolve to fight for the whole sector and leave no one behind in any settlement.

Members’ resolve should not come as a surprise to us, for the simple reason that the underlying problems besetting the sector are not being addressed. We may have knocked back attempts to abolish the defined benefit pension scheme but casualisation, excessive workloads and pay inequalities remain just as intensely as they did previously.

And, it was these issues and more that lay beneath the original USS strikes.

The crisis in the sector is one of marketisation, leaving students with unsustainable debts, de-valued education and a workforce at breaking point.

The £9,250 student fee system has led to a speculative and unsustainable debt-driven expansion of the Higher Education sector across the whole of the UK. Even where there are no student fees, such as Scotland, institutions are acting as if they are in the English system and are chasing full fee-paying students from the rest of the UK and internationally.

The UK has adopted the US system of debt-based Higher Education, but it is in crisis just as it is in the US. The UK Government slipped out figures for outstanding student loans just before Xmas of £121 billion (already 87% of the total NHS budget) and expect this to rise to £450bn by mid-century.

The Financial Times on 29 December reported that US student debt has already reached $1.5 trillion, or 8% of GDP. Thousands of students will be left with unsustainable levels of debt and be forced into bankruptcy, just as is now the case in the US. Equally as bad, universities will go bust if the tuition fee is cut as the Augar Review recommended. This will leave thousands of students with an unfinished degree.

In 2019, the biggest private provider GSM London went bust, leaving 3,500 students with no degree or university to study in. The mis-named ‘Office for Students’ claimed it was none of their business, as they did not regulate the company.

We now have to learn some lessons. First we need to ensure UCU backs its members’ demands for action to stop the crisis in Higher Education.

This means defending our no-detriment and no-deficit view of the USS pension scheme. The USS valuation is a fraud, and we must not accept any settlement which fails to recognise this and ensure that no future deficit valuation can be artificially constructed. This means an end to Test 1, valuations based on real returns prudently adjusted and no shifting of risk onto members.

We also need to ensure there is no settlement over USS without a settlement of the ‘Four Fights’ campaign. We should not allow employers to play divide and rule.

UCU members also now need to take the initiative in the strike by organising locally and UK-nationally for a strike committee. The #NoCapitulation moment in 2018, when we stopped a sell-out, demonstrated the power of an active member-led union. We need to return to that momentum and ensure elected striking delegates are those taking the decisions on the future of the dispute.

Finally, we need to plan for our strikes by linking up with students, twinning with branches that are balloting to ensure they can join the action and organising branches to meet and vote on support for the 14 days.

The Second JEP report was released on 13 December with no fanfare and almost no reporting. This is not a surprise as it is a damp squib failing to grapple with the crisis in USS. Whilst it quite rightly rejects ‘sectionalisation’ of the scheme as costly, the undermining of the collective covenant and the unravelling of a single pension scheme across the sector, it suggests regressive changes allowing ‘flexible’ pensions as something to consider.

Worse still, it completely fails to understand the disaster of governance at the heart of USS. Criticism of the involvement of elected members representing UCU members as a stakeholder is completely retrograde. The governance weaknesses it identifies has its origins in too little not too much democracy in USS.

The Second JEP Report would clearly be swept under the carpet by USS and UUK if it didn’t offer carrots to give them opportunities to undermine the scheme. We should not fall for this. UCU should make it clear the recommendations of the Second JEP Report are inadequate to settle the current USS dispute.

We want No detriment, No deficit and nothing less.