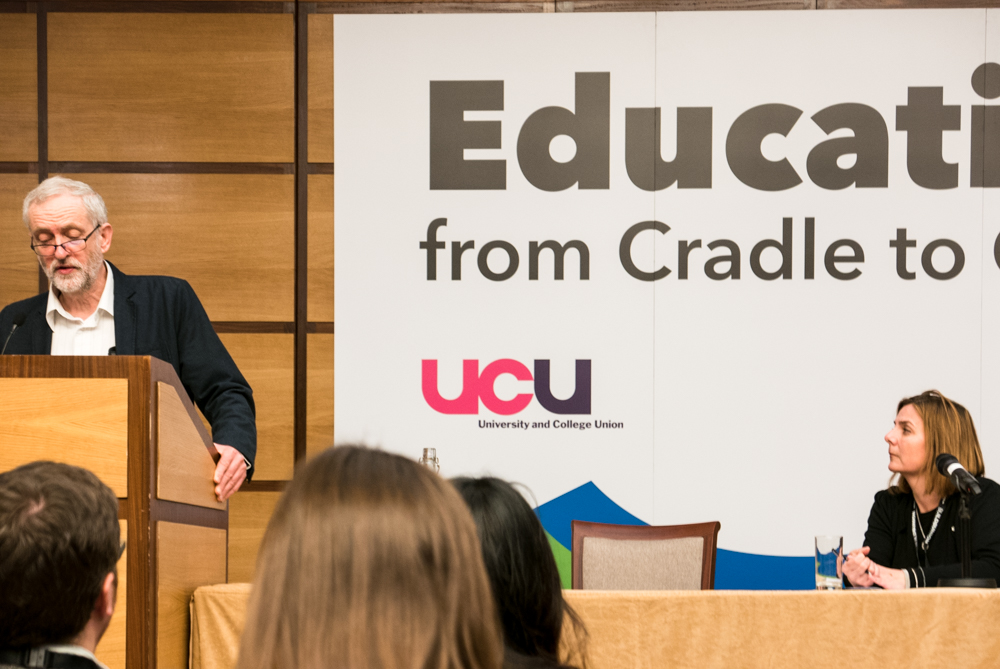 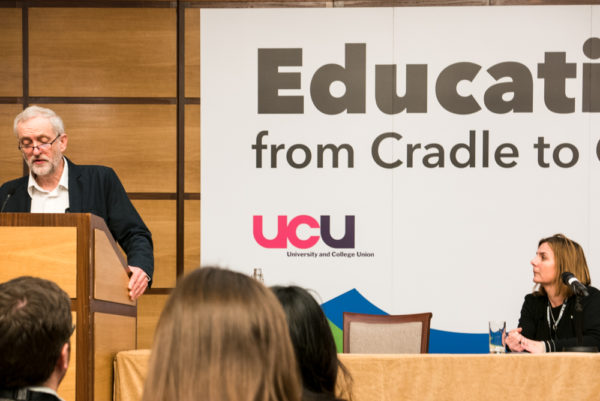 The announcement last week that there will be a general election on the 8th June caught everyone off guard. The media, rather predictably and depending what side they were on, greeted the announcement with either great praise for May’s initiative or anger on the basis that there is no need to call an election. What they all agreed upon, however, was that the outcome of the election is a given – a huge victory for the Tories. Column after column attack Corbyn for his ‘inept’ leadership and forecast that Labour will get a trouncing.

The media attacks on Corbyn have been unprecedented. From his clothing to his facial hair, to the way he speaks – all have been ridiculed. But despite these relentless attacks, again and again he has triumphed. These same people seem to forget that Corbyn has confounded his critics time and again. Very few gave him a look-in to win the leadership of the Labour Party but he did – not once but twice.

Corbyn’s opening election speech which set him up as the anti-establishment figure was an excellent start to Labour’s campaign. Every Labour MP must take his lead if they are going to be successful in engaging their constituents to come out and vote for them.

This election takes place in a world that is falling apart. Images beam into our living rooms and onto our phone screens of babies being pulled out of bombed buildings, covered in dust and blood or from the sea with their lungs full of water as they and their parents attempt to escape the war and poverty of the land that they were born in. Where the threat of a nuclear war is real and where twenty million people, mostly children, face starvation in Africa whilst at the same time just one or two individuals have enough personal wealth to prevent them from dying. And where climate change puts at risk the very survival of the planet we live on.

This is why we need to break from the centre ground consensus politics that has created this world and why Corbyn, if he is to win, must make clear that a vote for him will not mean business as usual. In Scotland, where Labour are identified with defending the union, which meant that Labour in Scotland were eclipsed following the independence referendum, many will vote SNP to push forward a second referendum while others are set to vote for other pro independence Left candidates.

This election could be one of the defining moments in British politics that finally puts to rest the accepted orthodoxy that you can only win elections from the centre ground. Those of us that work in education, alongside those who work in the public sector have a lot to lose if the Tories are re-elected.  It is an election where we need to do all we can to ensure a Labour victory to stop the Tories getting another five years running society in the interests of the rich and powerful.

Why Corbyn can win

We keep hearing how far behind Labour are in the opinion polls. Indeed, the divisions sown by the disgruntled Blairite MPs have done damage. The continued attempts by them to undermine Corbyn’s leadership and challenge his every move undoubtedly has given comfort to the Tories. However as long as the Labour Party, from top to bottom follows

Corbyn’s lead there is every chance of Corbyn, once again, making the establishment and their lackeys eat every one of their caustic, bitter and twisted words.

The opinion polls haven’t got it wrong so many times in recent years simply because of some technical glitch. They have got it wrong because they didn’t understand what was taking place at the base of society. They didn’t understand the rage working people felt towards the injustices that were taking place. The visceral anger towards the employers rewarding themselves with unlimited wealth whilst workers faced wage cuts and redundancy. This anger can be misdirected towards blaming immigrants for these injustices and can lead to the likes of Trump and the Fascist Le Pen succeeding to express working people’s rage.

But there is no reason why the Left cannot give voice to this anger and fears replacing hate with hope. Bernie Saunders in the US elections stood as a Socialist candidate and received millions of votes. In the French elections Melenchon did incredibly well considering he started relatively late and the French Socialist Party were the party of government.

There are some in the establishment who have cottoned on to this. They have begun to understand their right to rule is not ordained by god and that complacency, on their behalf, could be their undoing.  This is what lies behind the attacks on Corbyn’s leadership style. It is not his clothing, beard or his syntax that concerns them it is the content of what he stands for. They understand if he wins then everything they stand for is under threat. They ridicule him not because they think that he has no chance of winning but because they fear that he might.

But getting the vote out and voting Labour is not all we must do. We need to continue to build the movement on the streets and in the workplaces. Every strike needs solidarity. Every racist attack needs to be mobilised against. Some in the leadership on our side might think it is a good idea to put a halt to any strike or demonstration whilst the election campaign takes place, out of fear of ‘rocking the boat’ for Labour but the employers won’t cease their attacks. They will continue to attempt to drive through cuts.

Building the movement is not just about ensuring that we continue to defend ourselves in the here and now it is also about the future of a Corbyn led Labour government. If he is successful the attempt to destabilise his government will come thick and fast. The only power that will be able to deal with the full onslaught from the press and by all the powers of the state that will be unleashed against his government is a mass movement that is capable of mobilising millions to defend it.

That’s why building the movement is not a luxury it is a necessity: Vote Labour and build the movement.