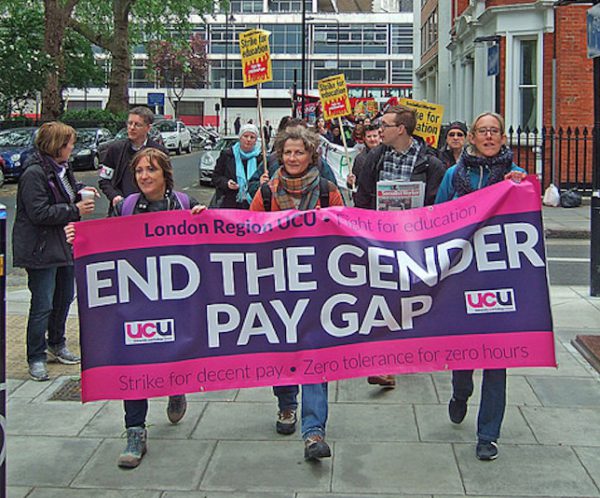 UCU Left urges a vote against accepting the pay offer and in favour of continuing industrial action in the pay consultation. UCU Higher Education Committee voted to include in the consultation information which contextualised the pay dispute within a wider framework, including that the pay offer falls far short of current and future inflation expectations, fails to address the gender pay gap or include actions to reduce the growth of casualization.

In addition, information would be provided on the significance that the anti-trade union legislation has on any future national ballot. The HEC vote also specified that the ballot would include a credible plan for a re-launch of the pay dispute and how specific issues would be coordinated, namely an assessment boycott, but also how the union might respond to punitive pay deductions. For instance by building a fighting fund or launching additional strike action.

Instead we are given a few bullet points without explanation and comments weighted to suggest a rapid escalation of industrial action will be initiated.

UCU Left member and UCU National negotiator’s email challenging this behaviour is reproduced below. We urge branches to campaign to reject the pay offer and vote YES to future action.

I have some major concerns about the wording aligned with the consultative ballot which has been sent out to members today. As you will remember, HEC unanimously carried an amendment I tabled to Paul’s report. Here is the wording of the amendment:

That any consultative ballot will:
a) Provide contextual information on where we are with the dispute
b) Provide information on how any future action would be planned – including an assessment boycott and deductions that arise, fighting funds, external examiners, communication.

During the discussion of the amendment, we raised the fact that one of the key concerns raised at each of the regional pay briefings was the impact the TU Bill would have on any future ballot. We discussed this as ‘contextual information’ and were led to believe that this and the additional information outlined in the amendment, would be provided to members with the ballot.

The ballot received today does not reflect this amendment.

Can I request a re-issue of the ballot accompanied by wording which does comply with the agreed amendment.