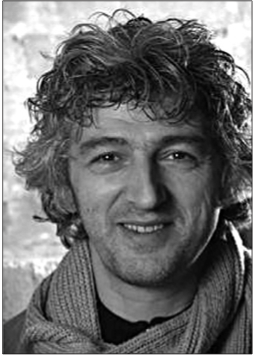 I have been working in Further Education at Bradford College since 2001, and have been a member of NATFHE/UCU from the day I started there. I am a member of the union’s national Black Members Standing Committee.

Before I became a lecturer I was a postal worker in Keighley where I was the CWU union rep representing 170 Postal Workers.

I want to represent FE members on the NEC because I am angry at the direction the sector is heading in.

Since incorporation ushered in competition, we have seen FE increasingly marginalised within education. A fixation on market-led initiatives has led to thousands of job losses, the creation of an army of casualised staff, pay falling behind other professionals year after year and workload spiralling out of control.

All of this has had a direct impact on our students’ education. I believe that sponsorships of academies by FE colleges is another problem for the struggling FE sector which our union will need to address.

2010/11 witnessed demonstrations and a fight back from students and staff alike against tuition fees, EMA, pensions and job cuts across Britain. We also saw a magnificent rejection of the increased fees which the IfL wanted to impose on us. The importance of these events in FE colleges such as mine is the unity created between staff and students.

The November 30th strike showed the growing anger amongst the other public sector unions and a willingness to take the fight further.

These experiences should be our springboard to defend education, jobs and pensions in our colleges and universities.

If elected I would strive to ensure that all campaigns around these issues are fully supported by UCU through advice and practical solidarity.

As a supporter of UCU Left I believe that the union is a place to campaign and fight for equality and peace for all.

My election pledges are to campaign for: