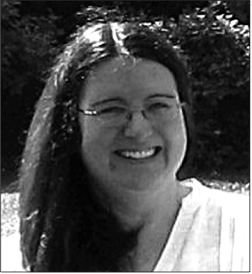 Higher education should be publicly funded, publicly owned, accessible to everyone and free at the point of use.

The university is a place where minds are developed through freedom of speech, subject choice and respect for diversity. True collegiate governance and democratic accountability for the public good.

We have to stand up for our values and resist marketisation and privatisation. Our universities are not treasure chests to be plundered by multinationals or other opportunists, or to be subject driven by employers, nor any restrictions on research (REF).

Pensions, pay and terms of condition are threatened. We will not allow the government to make us pay for an economic crisis we did not create. We need to show the government is wrong on all its assertions. We deserve decent pay, pensions and working conditions.

Overwork, casualisaton of contracts and bullying all need to be challenged. Protection of the post 92 contract and decent workloads for all lecturers, researchers, academic related and protection for hourly paid staff.

We know when cuts bite, equality issues are left behind at great speed. There are many universities that need to progress on EPA’s, maternity schemes, support for members with disabilities, impact assessments and anti-bullying.

Unions should be member led – it is a basic union principle. Members deserve nothing less. Values based on collectiveness, unity, aspiration and organisation. UCU can grow from strength to strength by:

Developing work nationally, regionally and locally with our students, other education trade unions, the TUC, Trade Union councils, the occupations, anti-cuts and other community groups.

A greater visibility on the value of education, for the good of society.

Encourage new and younger members to get involved in UCU.

Listening to and mobilising UCU members.

I work full time as a senior lecturer at Northumbria University, teaching Midwifery, public health and other health areas.
I am a member of the Northumbria equality sub-committee. I have been an active trade unionist most of my working life. After transferring from a teaching position in the NHS in 1994, I have been:

2007–11 Member of the standing women’s committee

2007-11 delegate to the women’s’ TUC conference and UCU national congress;

(2010) Delegate to the TUC conference

2011– NEC member, member of the Education Committee and vice chair of the national Equality Committee

For the North East HE seat please vote;