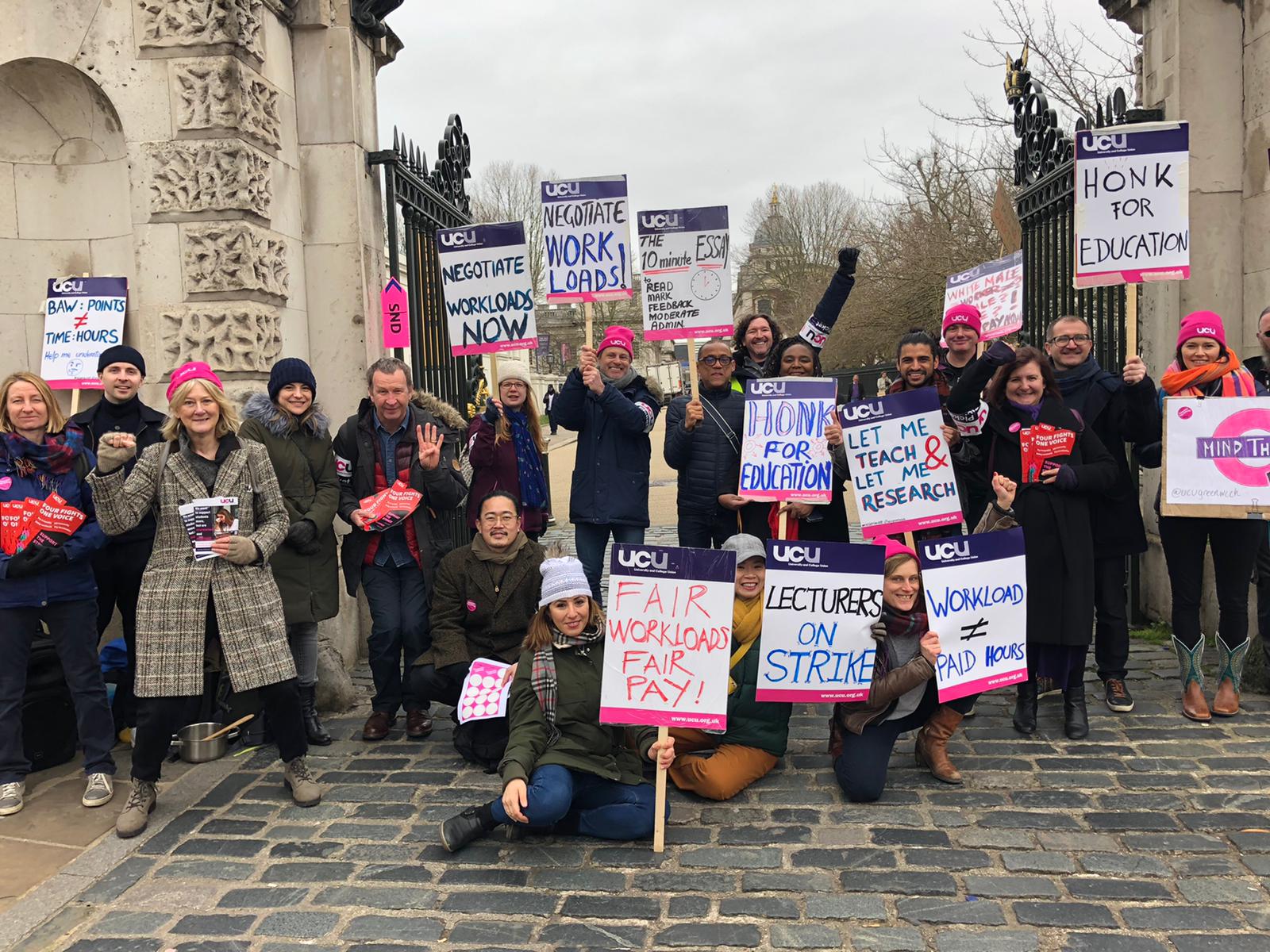 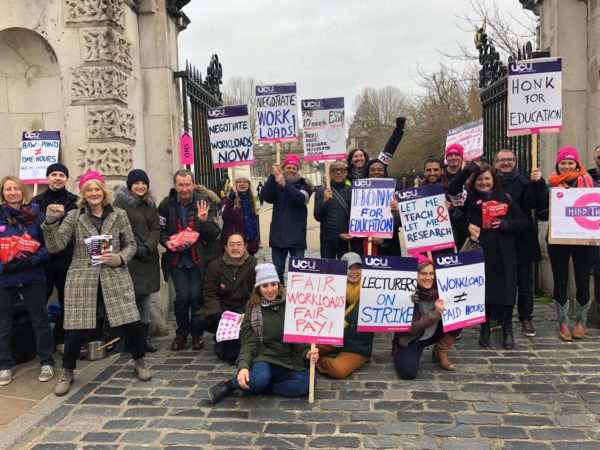 We have had an incredible three weeks’ worth of strike action. Members have responded magnificently to the Four Fights and USS disputes. Across the UK members have picketed, lobbied, organised teach-outs and demonstrated. Members’ unprecedented action has put the employers on the back foot.

Before the strikes the employers said there was nothing to discuss. Since we have taken our action, we have forced them to negotiate and on every part of the claim they have been forced to make concessions. But these concessions are nowhere near enough.

The employers are in crisis. They had planned to wait out our strikes. Their contempt for staff has meant that students have gradually come over to expressing support in more and more visible ways. But the situation has changed. They are now caught between strikebound universities and a rapidly escalating Covid-19 crisis that could wipe out overseas student recruitment next year.

Universities are not cash-strapped. We only have to see how much the VCs award themselves and the £44bn in reserves they hold to understand this. We have every reason to fight on: indeed, our militancy is the main defence against any attempt by the employers to impose job losses as a result of Covid-19. We should pre-emptively submit local anti-casualisation claims to rule out redundancies (or non-renewal of contracts) as a result of Covid-19. And we should use our strike meetings to discuss this question this week.

It would be insulting to everyone working in the sector if the employers attempt to increase workloads or impose job losses to mitigate the impact of the Coronavirus. But of course left to their own devices that is exactly what they will do.

This is why we need to make sure the last week of our initial phase of action is not only well supported but we make clear we will all be voting Yes to continue the dispute in the reballots that start on 17 March.

No watering down of the claim

All of the negotiators, including UCU Left negotiators, are clear that there can be no deal without serious progress on behalf of the employers on all aspects of the five elements of our disputes. UCU policy opposes prioritising a deal on pensions at the expense of the rest. Of course, in any negotiations, compromise takes place to reach an agreement but not at the expense of the core demands of a dispute our members have so courageously fought for.

Despite claims to the contrary, there has been no attempt to water down our claims. We are all fighting to get the best possible deal. That’s why it was not helpful for the General Secretary to send out a statement, without even discussing it with your democratically elected negotiators, apparently recommending an ‘offer’ which has not actually been made!

Our negotiators have not recommended any offer, and indeed, unless there is serious movement in negotiations on the Four Fights, they are very unlikely to do so. ‘Four Fights’ negotiators have been arguing to get the employers to agree the best possible national framework on pay, the race and gender pay gaps and casualisation and workload.

Initially UCEA claimed they had no mandate to negotiate a national agreement on any one of the three fights. But our action has forced them to come up with a non-binding framework, formulated as a set of ‘expectations’. We have to be clear whatever we end up with it can only be an ‘expectation’ that institutions will act on it. There is no legally binding framework that forces employers to implement the recommendation. This is not something negotiators have conceded, but the reality of the sector in which we work.

This is why it is so important our strike remains strong and vibrant, not only to keep the pressure up on the national negotiations to get the best possible set of recommendations, but also to send a clear message to the local employer: don’t even think about not implementing it.

Without a serious offer from employers this week we need to debate how we are going to win this dispute.  Our starting point must begin by recognising the strength of our position. We have a solid and dynamic strike and convincing arguments that our claims are just and realistic. Students are increasingly joining us on the picket lines and protests.

On the picket lines, marches and strike meetings this week, we should take pictures of UCU members holding up placards saying we will vote yes to continue the fight to make sure there is no doubt in the employers’ minds what will happen if they don’t make a serious offer.

To ensure this is not an idle threat we need to prepare to Get the Vote Out in the re-ballots that will start on 17 March.

For the summer term, all forms of action should be considered. If we decide to do a marking and assessment boycott, we will need to make it clear to employers that we will regard 100% pay docking as a lockout which would trigger more strikes. An assessment boycott could run alongside a programme of rolling action whereby members are called out on a regional basis across the country on a weekly basis, creating a ‘Mexican wave’ effect across the UK leading to more national strike action.

If we are successful in getting across the thresholds again our ballots will last until mid-November. We should make it clear we will be hitting the beginning of next term with further strikes.

At this point we should not rule anything out. The best way to have a united discussion on strategy would be to call a national delegate meeting of striking branches to follow the publication of results of the re-ballots.

We are not alone

The day our re-ballots open will coincide with the announcement of the result of 100,000 CWU postal workers’ strike ballot. Civil servants in PCS are set to hold ballots for national strikes and our colleagues in FE will start their national ballot over pay at the end of March.

We have had magnificent solidarity from the movement so far, and there is plenty more to come. The whole of the trade union movement wants us to win this one. Our members have made a massive investment in this strike.

Let’s get a result to show the employers we have teeth and that any further attacks on UCU members will meet implacable resistance.  For casualised staff, women and BME members, for our members overburdened by unreasonable workloads we cannot afford to step back or deal with these issues ‘some other time’. If our employers sense weakness they will seek to make conditions even worse. Covid-19 shows what is at stake. The employers will make us pay for their crisis if they can.

We can shift the employers only if they know they can’t rely on the anti-union laws to wait us out. We have to be prepared to escalate our action.

Let’s Get the Vote Out and make it clear that more strikes and ASOS will follow if our employers refuse to offer us what we deserve and they can afford.