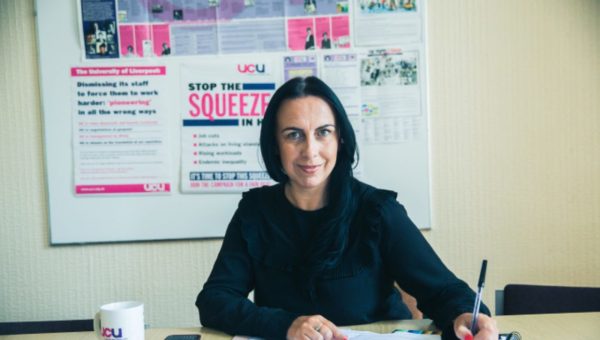 Higher and Further Education are at a crossroads

The Conservative Government is wedded to a path of increasing market competition between universities and colleges. They are ideologically committed to the commodification of education.

Universities and the academic values they are set up to promote are under threat like never before. Peer-reviewed assessment of academic quality is formally undermined by the REF and TEF. But the main threat to universities is economic.

On the one hand there are record surpluses in our sector – between £1.2 and £2bn a year. But there are winners and losers. Post 92 universities tend to be the hardest hit. Last year, leaks to the press indicated that three universities were close to bankruptcy -something that has never happened before.

Further, adult and prison education have already been devastated by the market, mergers and austerity. We have lost 25,000 lecturers, 2 million adult places and surviving staff have had a real terms cut in pay of 25%.

The Tories’ answer to cutting undergraduate HE fees? Bring in Further Education fees!

Across both sectors, casualisation is the norm rather than the exception. Workloads have shot through the roof. Pay and promotion are grossly unequal by class, gender and race. Meanwhile the entire purpose of education has been reduced to employability for students and profitability for employers.

There is an alternative. The USS strikes showed our collective power to challenge the priorities of the market. Our strikes showed that we have real power. In Further Education our members are fighting and winning landmark deals on pay and casualisation. But we need more to do so.

UCU is in the process of a transformation. When union leaders call on members to fight, they do, and members have shown their willingness to take on the employers and – as UCU’s rank and file revolt on March 13 last year showed – are prepared to fight on.

The USS dispute demonstrates that members have power, but also that leadership matters.

The Tories, one of the most successful ruling parties in Europe, are in turmoil. Labour, under Jeremy Corbyn and John McDonnell, has the most radical manifesto for decades. At its heart, it marks a complete break with neo-liberalism with the creation of a National Education Service, including a commitment to replace fees with grants, restore the EMA in England and rebuild adult education.

We need a union leadership that is up to the task, that won’t retreat, waver or wobble.

That is why we are supporting Jo McNeill.

Her experience leading University of Liverpool branch and as a member of the National Executive Committee, make her the best candidate to forge a fighting union that encourages ordinary rank and file members to organise and lead.

We need a union that can take on the market and fight for the alternative of an education service for the whole of society, and not just the few.

All signatories in a personal capacity.