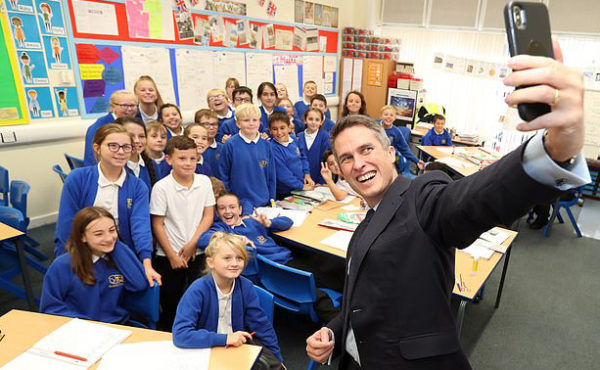 Gavin Williamson, Tory education minister, outlined his plans for the future of FE last week entitled – The Forgotten 50%, for the Social Market Foundation.

The title refers to the 50% of young people who don’t go to university. The first question that springs to mind is: Forgotten by whom?

We can therefore assume that Williamson is referring to himself and his Tory friends when he speaks about who had ‘forgotten’ those millions of working-class lives who have been deprived of a fulfilling life by government austerity policies.

It is rather galling to listen to a Tory minster lecture us about the ‘Forgotten 50%’ when it was his government that has slashed funding for the sector every single year in the last ten (with the help of the Lib Dems of course). Resulting in the loss of 25,000 teaching posts and a cut in pay of 27%.

I always worry when a Tory talks about University not being the place for everyone. Williamson says in his talk that he would be happy for his kids to do an apprenticeship rather than go to university. But the truth is Universities will continue to be filled with the children of the wealthy.

Not many will fall for this con-trick. Williamson is doing what all Tory education ministers have done – build a wall around universities to stop the ‘likes of us’ getting in by pretending this is about levelling up – it’s not. It is a crude attempt to get our kids to buckle under and accept low paid insecure jobs whilst meanwhile his friends’ children enjoy the fruits of higher education by maintaining their privileged access to university.

So what is Williamson’s vision for Further Education? A step back to the past when colleges existed to train young people for the local employer.

Gone is any ambition to create real apprenticeships that have education at their heart and lead to well-paid fulfilling jobs. The day he made his speech John Lewis and Boots sacked thousands of their workers. The pre-requisite for a successful apprenticeship scheme is a fully funded job creation programme. It is this the government refuses to invest in.

Alongside Williamson’s announcements for FE, the Chancellor promised to ‘kickstart’ the economy. Of course, their polices will do nothing of the sort. Their policies will create a pool of “free labour” for business and the government will pay the minimum wage to up to 300,000 people aged 16-24 for six months from August.

These force young people to work for very low wages as an alternative to life on miserable benefits. And they drag down wages more generally by filling jobs that might otherwise have been on a higher rate. Companies will frequently take advantage of the state subsidy for six months then dump the young person once they actually have to be paid by the employer.

Williamson has described his plans as revolutionary. They are not. They are not even genuine reforms. The money Williamson has earmarked for the sector is a drop in the ocean of what is needed. It won’t get near to filling the funding gap created by consecutive governments. Just lots of warm words about the significance of FE to maintain the same old marketised skills factories.

We can and must do better than this. This is why we have produced our alternative, Reconstructing Further and Adult Education in a post Coronavirus world. We have an opportunity to put forward plans for real change that will benefit the ‘forgotten 50%’. Set up a webinar in your region or branch and we will be happy to come along and speak about the real transformation that we need.