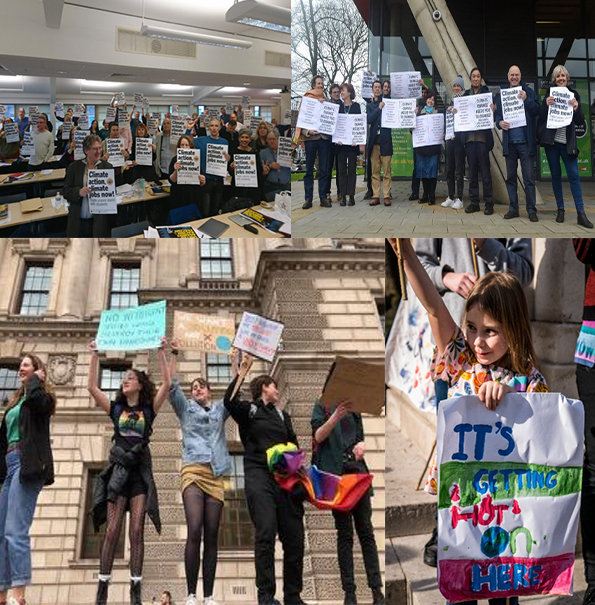 An estimated one million school students struck across the globe against climate change and governments’ inaction over the environmental crisis. This unprecedented movement is gathering pace. There were 2,000 protests in 125 countries. From Australia and New Zealand to Asia, Europe, Africa, North America and South America school students took to the streets to demand change.

In the UK tens of thousands also struck. In London 10,000 descended upon parliament. 3,000 in Edinburgh, 2,000 in Glasgow and 1,000 marched each in Exeter and Leeds and several hundred in Brighton, Bristol, Sheffield. In all 100 towns and cities saw protests.

The movement was started by a 16 year school student from Sweden called Greta Thunberg. She has been protesting outside the Swedish Parliament since August 2018 and it is from this act of defiance an international movement against climate change began. The first big school student strike took place in Australia in December 2018.

One of the biggest strikes that took place on Friday was in Belgium where 35,000 school students struck. They were joined by thousands of Belgium workers who took solidarity strike action.  In Belgium the campaign against climate change and austerity have become merged. Trade Unions have held several mass strikes over the past few months against the impact of austerity.

Friday’s international action follows strikes that took place in February. The school students have announced 15thApril as their next international day of action. Trade unions here must be far more vocal in support of their action.

It was quite bizarre to see Tory ministers after Tory minister proclaiming their support for the strike. Michael Gove appeared on a video saying that he agrees with the students alongside other Tories saying how right the students were to protest!

This reveals how terrified they are of these protests. They are fearful that their ever-decreasing support amongst the young will further erode if they are seen as the party whose policies are responsible for accelerating climate change, which of course they are and young people know this all too well.

What is inspiring about the strikes is how well informed the school students are about the issue of climate change. It is not something that is embedded into the curriculum. It is through social media and campaigning by climate activists that they have learned about this issue.

Throughout history there are key defining moments that reveal the disconnect between the values and ideas of those who rule and the young. We saw it in 1968 around the anti-Vietnam and civil rights movements. We were given another glimpse of this more recently with the stop war movement. We are seeing it again today.

It is interesting listening to the students explain why they are protesting. Whilst it starts with climate change, they very quickly move onto the stifling experience of school and what is being taught, the lack of opportunities for young people and the infuriating feeling of not being listened to. This is a powerful cocktail of concerns and the Tories and their powerful friends know it.

This is why it is disappointing to see such a muted response from the leadership of the trade union movement especially from the education unions, although there have been important initiatives taken by rank and file activists. At the last UCU Further Education Committee a motion was passed encouraging branches to organise solidarity protests in support of the school students. On the 15thApril we should encourage many more branches to organise lunchtime protests. Where possible we should walk out and join the student demonstrations.

Our young need our support. They are fighting to change the world for us all. They can’t do it alone.

Let’s stand with them.

3 Replies to “Youth rebellion over climate change needs our solidarity”